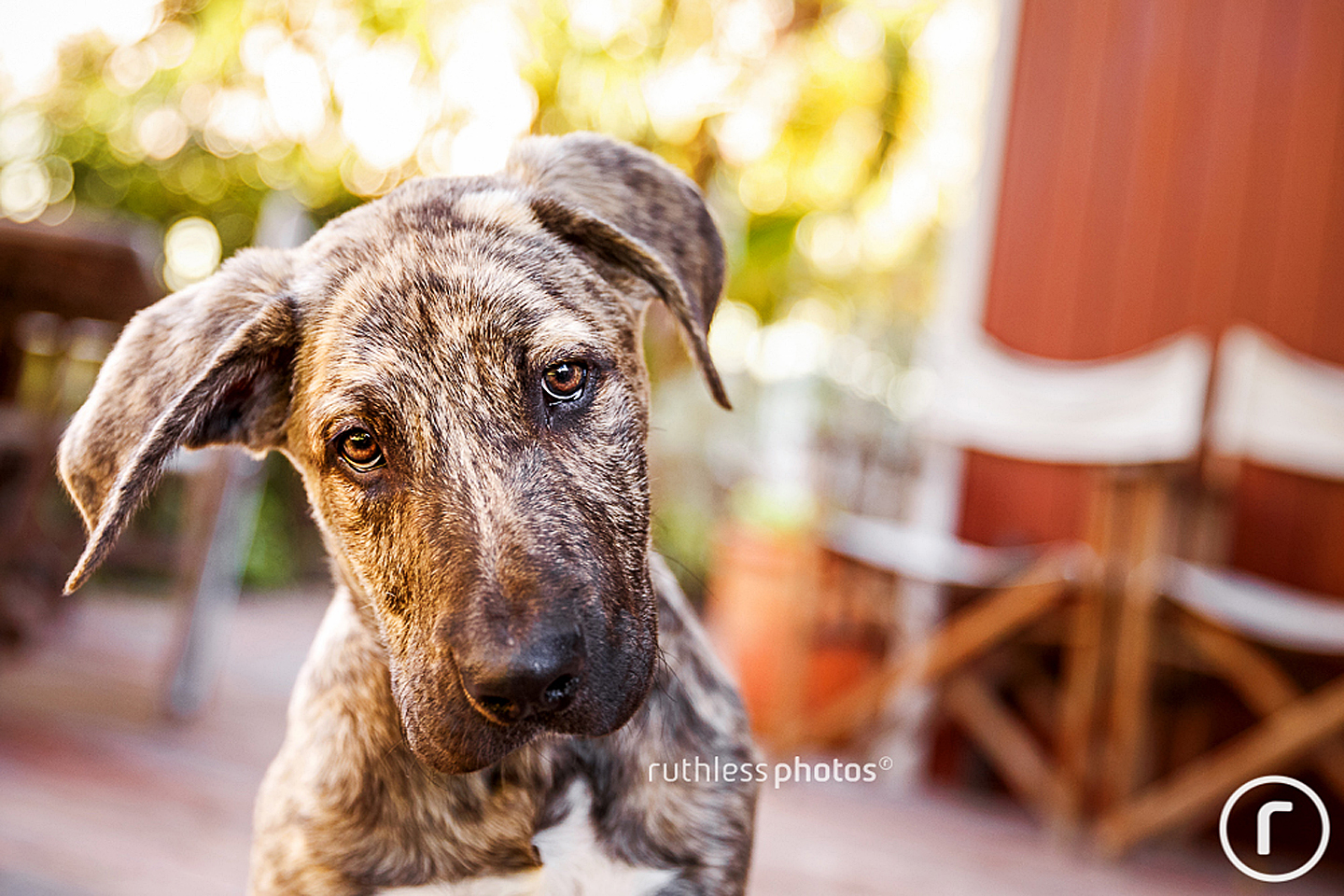 I started looking at the PetRescue website for a new furbaby. I came across Shift’s photo and just something about it stuck in my mind. I didn’t remember his name or who even had him up for adoption, just his big beautiful eyes. We lost our boy Rocky in July. I knew my husband wasn’t ready yet so I didn’t say anything to him straight away. I dropped a few hints and he said he would have a look at some profiles. It took me a while to find Shift’s profile. He was the only one out of thousands that caught my eye. I was convinced that he would have already been adopted because the profile was a few months old, but I sent an email to Fetching Dogs anyway. I got a phone call that night from both the organisation and his foster parents. We arranged to meet him and drove 4hrs up and back for the pleasure.

I knew I was already in love from his photo, I just had to convince my husband. Shift was a little cautious at first but warmed up quickly to us and won my husband over. We arranged to take him on a trial so after another 8hr trek to pick him up we presented him with a new collar, complete with his name and our details, and off we went. I knew he was meant for us just from the photo Ruth took. That photo spoke to me and it was the only one that stood out on the website, the only dog we met and adopted without waiting for the trial to finish.

I call him my miracle dog. He changed our lives more than most people would know. He brought back the sunshine after loosing Rocky. Most people don’t know we had been trying for a baby for five years without success. I told my husband we should take a break and focus on settling Shifty into our lives and try again in six months. Little did I know that I fell pregnant to our now beautiful daughter a week after we picked Shifty up. He would curl his head around my bump each night (he may be 70kgs but he is so gentle). He was with us as I went into labour and tried his best to lick the pain away before I went to hospital. He now supervises bath time and lets me know if I need to change a nappy. He also tries to soothe little miss when she cries by licking her toes.

Our lives changed in so many ways the moment I saw his photo, he was meant for us. I always wondered if it wasn’t for Ruth’s photography, and how she captured his beautiful nature, if I would have overlooked his big eyes and what would our lives have been like.

I have always thought things happen for a reason when they do, and seeing that photo, and the fact I couldn’t get it out of my head for two weeks, I knew he would be a part of our family. I didn’t know how much he would change our lives for the better. Its been a little over a year since we adopted him.

Thank you to Ruth and Fetching Dogs for all that they have done, not just for us and Shifty but for all those out there with similar stories.