An Insight Into Insight [Guest Article] 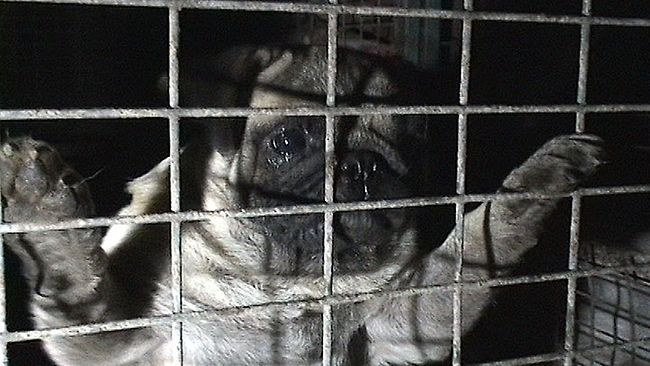 Tuesday night, SBS Insight aired ‘The Tail End,’ which was supposed to look into why our country is euthanising an estimated quarter of a million dogs and cats each year and who was to blame; the shelters, the public, or whether there are just too many puppies being bred?

The program definitely raised the questions – but did it do enough to explain the problem or even to look into the answers that were given?

All we’ve heard this week is that, for people not directly involved in animal welfare already, they had no idea what was going on, why the animal organisations couldn’t agree with each other, why someone is allowed to have 300 breeding bitches and get away with it, why someone was charged a $900 surrender fee for a cat, and why a couple who said they had looked into puppy farms and knew of the horrors, still bought a puppy that had no doubt come from those conditions?

Let’s first take a look at the complete lack of representation for smaller, local Rescues. Awareness about these rescue groups is very poor. The really bad thing about that, of course, is that these groups can absolutely take some of the pressure off the bigger organisations, such as the RSPCA, if only they were given support. The fact that the RSPCA will not work with these rescue groups is criminal.

On the show, Steve Coleman (representing RSPCA NSW) stated that ten rescue groups had been invited to work out of Rutherford RSPCA and apparently not one had gotten back to them. However, no further information was given on that. Who were those rescue groups? After doing a little digging, we can already confirm that Dog Rescue Newcastle, Puppy Love Rescue, Hunter Animal Rescue, nor Bull Terrier Rescue was invited. These are four of the biggest groups in the area and not one was asked to work with Rutherford RSPCA?

Even if this was true, and not one of the ten rescue groups got back to the RSPCA, why is it acceptable for them to give up working towards that goal? Ten groups, out of hundreds of rescue groups across the country, and the RSPCA throw in the towel.

OR, is it in fact, that they view some smaller groups and animal advocates as aggressive? As someone who is in the animal rescue world, I can definitely say there are some aggressive people, who will fight tooth and nail to get their point across, sometimes at the expense of others. But aggression in this context usually stems from passion and where there are passionate people, there is always going to be criticism about how best to help our companion animals.

One of the criticisms on the show was about the RSPCA’s behavioural tests, which seems to be a huge contributor to their state-wide euthanasia rates (52% of unclaimed dogs and 64% of unclaimed cats). Nathan Barnes, an animal behavioural trainer and former assessor at the RSPCA, now decries the organisation for their kill rates and the methods in which they justify the euthanasia of companion animals. He went on to explain that any dog that may lunge at a rabbit or moving birds, jumps over a fence, reactive, hesitates at a small noise, etc. could be in danger of being euthanised.

According to Nathan, there is a system of points when the dogs are assessed. If a dog shows food aggression, prey drive, hesitation at noises, then those points could all lead to that dog being euthanised – for showing unwanted behaviour in a high-stress environment. Ask yourself this, would your dog pass their assessment? Would your dog have the nerve to be timid at noises or chase a moving bird?

It’s all very well for Mr Coleman to say that the RSPCA has no choice about what they accept into their shelters – and that is absolutely true – but is that supposed to be a justification for poor behavioural assessments? Is the RSPCA not there to help these animals to the best of their ability? And if that is the case, then I bring it back to my earlier question; why are they not working with rescue groups?

You won’t find many people in animal welfare disagreeing with the fact that an animal that’s health has declined so badly that it is cruel to keep it alive, should be euthanised. Euthanasia is all about ending suffering. Killing a dog because it failed a point-based system in a high-stress environment is not euthanasia.

Sadly, the RSPCA aren’t alone in their questionable practices and appalling kill rates.

The Lost Dogs Home in Victoria is one of the worst offenders. Miles Heffernan, who was on the show and worked at the LDH, explained how he had to smuggle a dog out because he was malnourished, he ‘probably wouldn’t have made it,’ was food guarding, timid, and was a big dog. No more was said about this on the night, of course, but there should have been a bigger picture drawn here.

The Lost Dogs Home is well known for being a proponent for Breed Specific Legislation in Victoria, which unfairly targets dogs, based on looks alone and euthanises them. The dog could be completely placid, friendly, of a good temperament, and it would still be in danger. Heck, the dog could be a peace ambassador for two warring nations – it wouldn’t matter, because that dog is big, strong, and has the potential to hurt someone.

In 2009-2010, their own published statistics reveal that they killed 55.9% of the dogs and cats that came in. That gets even worse when you consider 31.4% were reclaimed. They only rehomed 12.7% of animals they got in. That’s just over thirteen thousand animals they killed, in a year. And they made a $2.7m profit.

Is profit the issue here? Have some organisations become so focused on profit that they’ve forgotten why they got into the animal welfare world to begin with? It’s a harsh question and not one with an easy answer – every group needs to turn a profit to continue but where do you draw the line?

This is especially true for puppy farmers, backyard breeders, and pet shops. These industries are all about profit and greed. Bob Croucher from the Pet Industry Association of Australia, there on the night, claimed that pet stores thoroughly interviewed buyers and that there was no such thing as impulse buys. The PIAA’s mission statement is ‘to represent members and lead the pet industry.’ They are most definitely failing with the latter.

How can an organisation lead the pet industry, when they are enabling puppy farms and impulse buys? How can an organisation claim to be in it for the animals, when they stick them in glass boxes and sell them to whoever comes in with a big wad of cash? Whatever happened to responsible rehoming? Mr Croucher might like to think his member stores match the right dog to the right home but it’s all a load of PR nonsense.

Jacqueline Dalziell did a brilliant job of disproving his claims. She, as most of us have, witnessed many sales of pets in these stores, and none of these supposed ‘procedures’ were implemented. Puppies are left in their boxes, at their crucial development stage (some pet stores have even been found to be selling puppies younger than six weeks), and while their complete lack of care won’t always be immediately noticeable, uninformed buyers will soon figure out the neglect months down the line when their wallet feels the burn for exorbitant vet bills, behaviourists, trainers, etc.

There can’t be much worse for a puppy than being in a glass box all day, unsocialised, spinning in circles because that’s the only enjoyment you get out of life.

Except, there are the puppy farms, where all this happens, and a lot worse too. Matt Hams from Banksia Park Puppies was proud enough of his puppy farming operation that he admitted to having 300 breeding dogs, selling about 30-40 pups a week, and went on to say that if he could breed twice that, he would sell them.

Matt Hams would want to breed over 600 dogs.

And why? Is it to better the breed? No, because he crossbreeds, producing “designer dogs.” Does he breed to give families the best dog they could hope for? No, because he just sells them on to pet stores, where no real responsibility is taken when placing dogs with families. What possible reason could someone have to want to breed over 600 dogs?

It was pointed out on the night how hypocritical puppy farmers are – keeping their breeding dogs and puppies in kennels, away from the family, even though they claim to be producing ‘family dogs.’ So which is it? Are these family pets or not? Why are they being kept in poor conditions with limited staff (sometimes just one or two staff per puppy farm), yet sold as ‘family dogs.’

And what of socialisation at the critical development age? When puppies should be bonding with people, adjusting to the home life, yet they’re confined to their kennels.

Mr Hams claimed to employ ten full time staff. That’s a minimum of 30 dogs per person and we’re not even into the numbers of puppies there. How could these dogs possibly be getting everything they need when their time is split with at least 29 other dogs?

‘The Tail End’ was about confronting the question of why so many dogs are euthanised each year in our country and who is to blame.

Shelters, pounds, Rescues are all there to pick up the pieces once the dog has already been failed but they haven’t caused the problem. Is it true that some of these organisations should run better than they are? Absolutely. But the simple fact of the matter is, these dogs have to come from somewhere to end up there. If the blame should fall anywhere, it should be on these puppy farmers, backyard breeders, and pet stores.

As for the general public – do your research.

Some families have specific needs that they feel is important in a dog they will be bringing into their lives. For these families that wish to adopt, adopting an adult dog is a great option as this dogs behaviour, exercise levels, size and coat are all developed and an ethical rescue will be able to find you a dog that meets your needs.

If they are unable to find such a dog, or they are set on a puppy, then the benefits of a purebred dog are of course, the predictability. Researching various breed traits and deciding on a breed that suits your family is imperative, as is ensuring the breeder you are purchasing from is registered with your state canine control and is carrying out all recommended genetic health tests for the breed.

A great breeder is just like a great rescue – they are in it for the dogs, not money, and will want to ensure that you are an appropriate owner for one of their pups. If the extent of their questioning of you is ‘When can you pick him up?’ – run a mile! You want a breeder who cares enough to question you, and support you long after you have picked up your puppy.

This article was written by the people behind Who’s The Bully, a group dedicated to highlighting the positives of Bull Breeds and dispelling a lot of myths surrounding them.