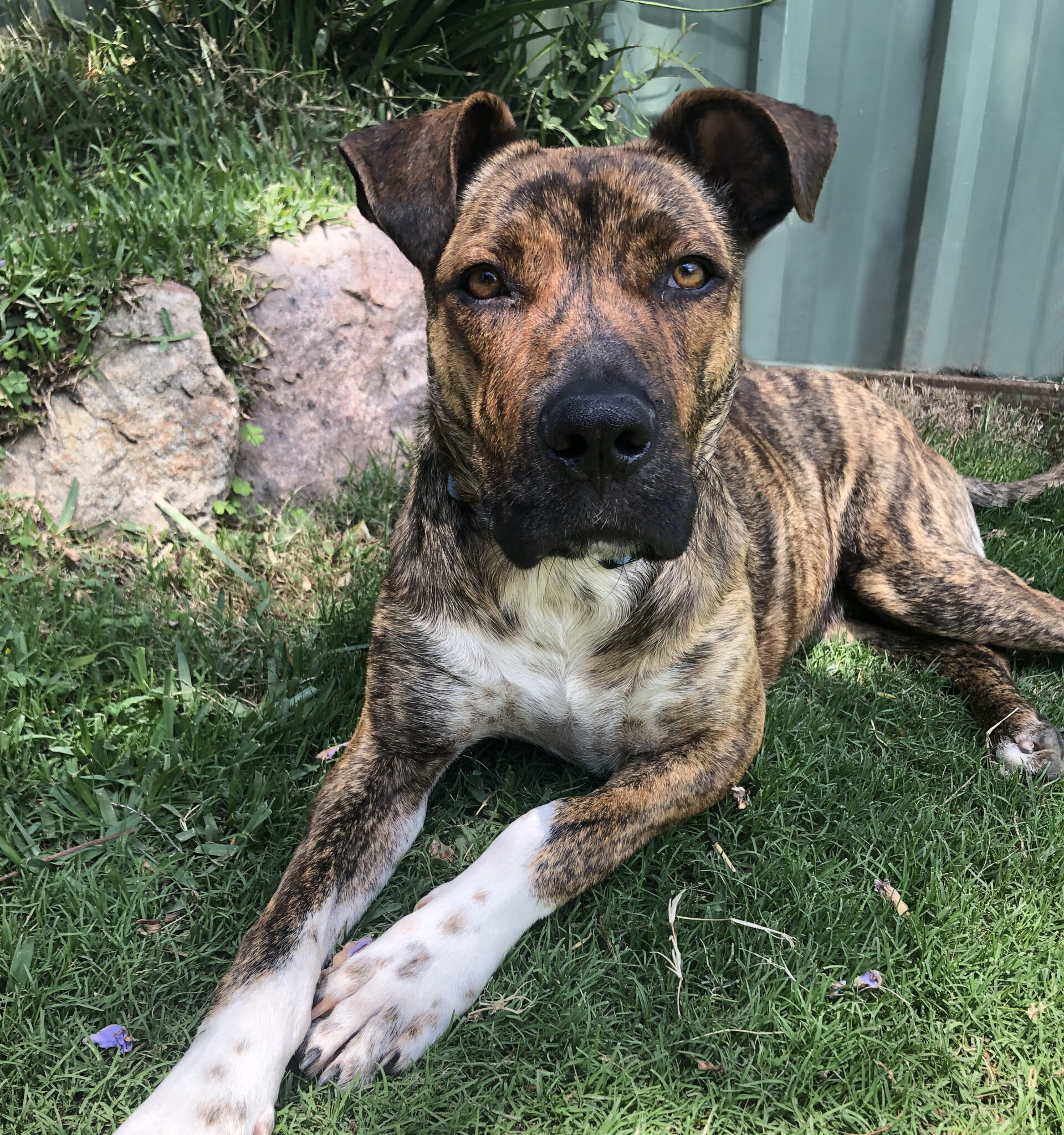 Meet Leeto, our big softie with an even bigger heart!

This sweet, gentle boy is very affectionate and loves nothing more than crawling into your lap for a cuddle. He showers his foster parents with affection and has become best friends with his foster sibling.

Leeto has thrived while in foster care, settling in really well into a routine. He wakes up at 7am ready to kick start his day with a walk around the neighbourhood followed by breakfast. He’ll then spend the rest of the day romping around in the backyard with his foster sibling, playing fetch with his favourite rugby ball or quietly chilling next to his foster parents while they work (with some naps in between). He’s also taken for a walk in the evening before dinner followed by couch cuddles before bedtime. He has access to the garden through a doggy door during the day but sleeps indoors at night.

Leeto is toilet trained and very food motivated. He has learnt to sit, shake and puts his chin on the couch to ask for permission before jumping up. His recall is getting better every day, but getting lost when he’s excited, so will need a little more work.

He has had a lot of positive interactions with a variety of dogs on his daily walks and while his walking on lead has improved he does tend to pull on lead when he sees another dog he’s eager to meet.

Leeto would suit a calm, loving household with people who have dog experience and are committed to his ongoing training, socialisation and happiness. He is a little sensitive to raised voices so his new family must be patient and give him the reassurance he needs.

There would need to be someone home most days or another playful, friendly dog to keep him company. Leeto is the epitome of a happy, playful pup who just wants to be loved and will shower his new owners with lots of love in return. 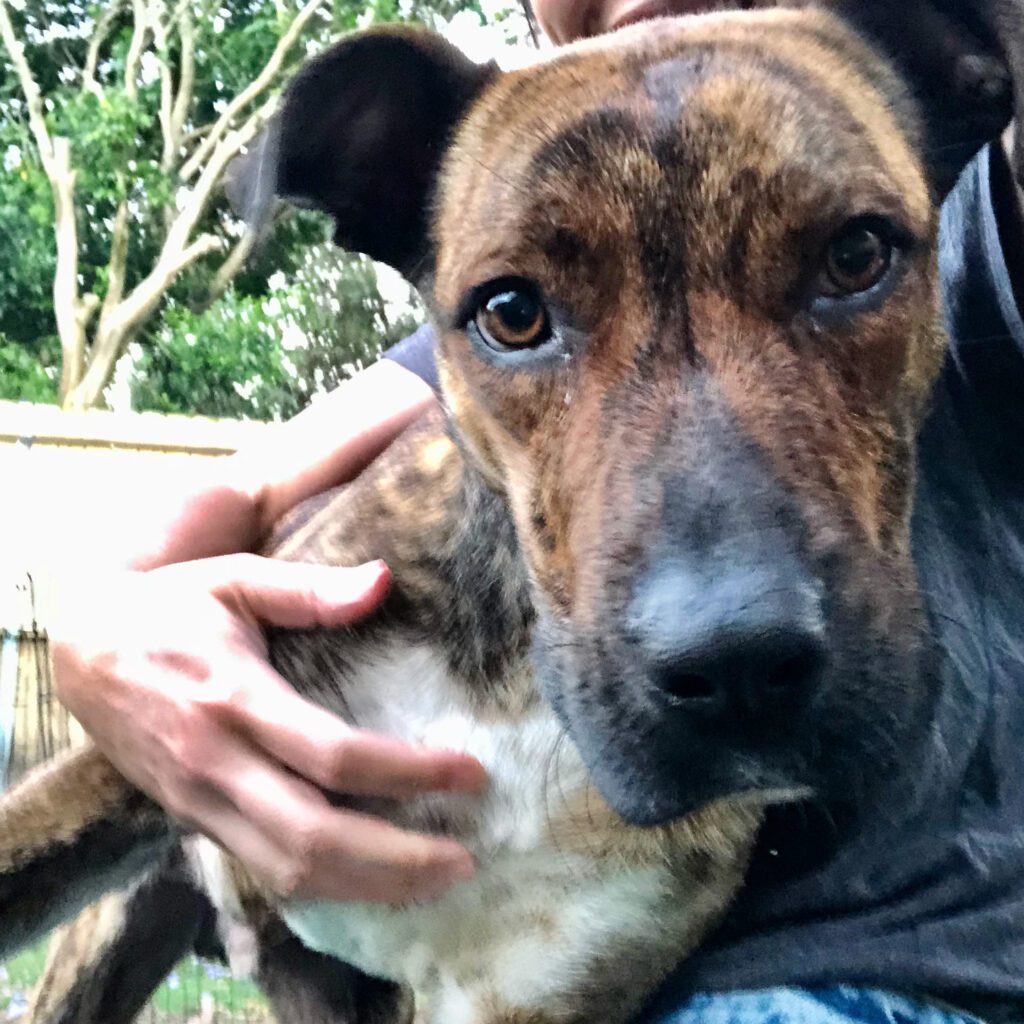 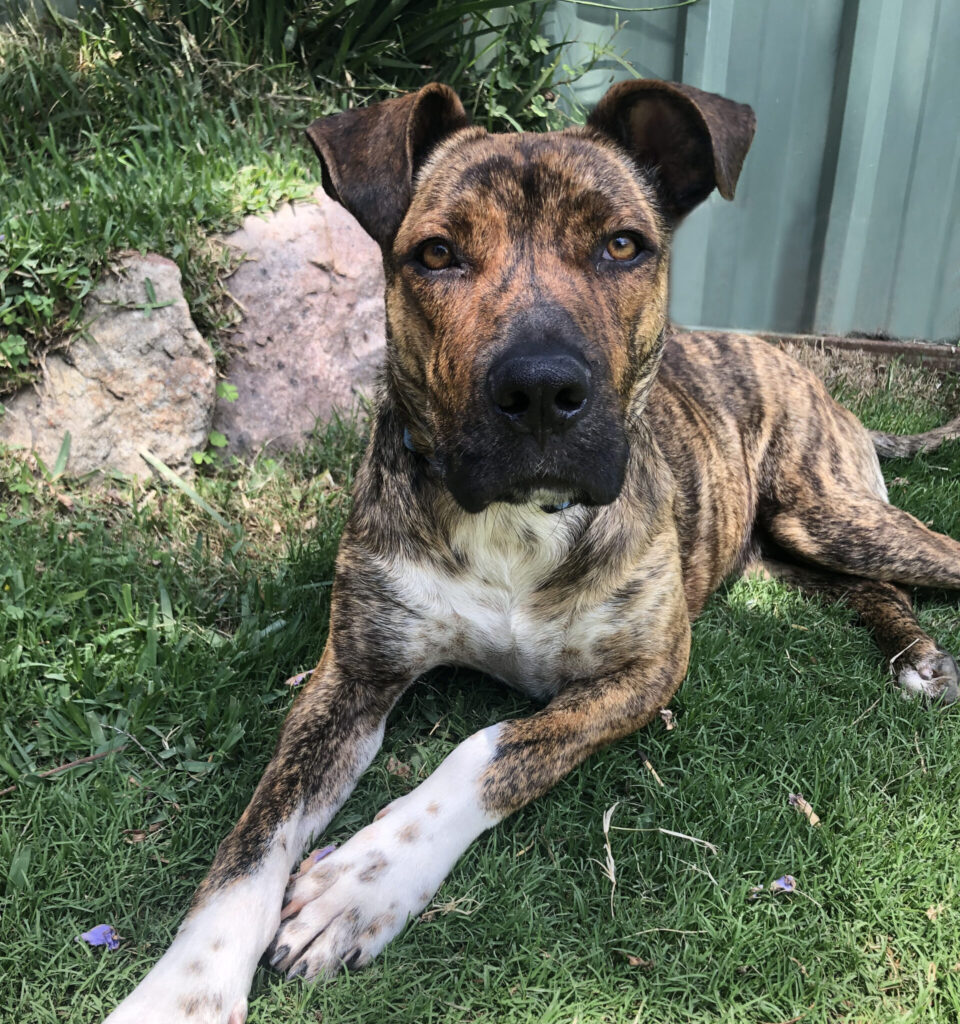